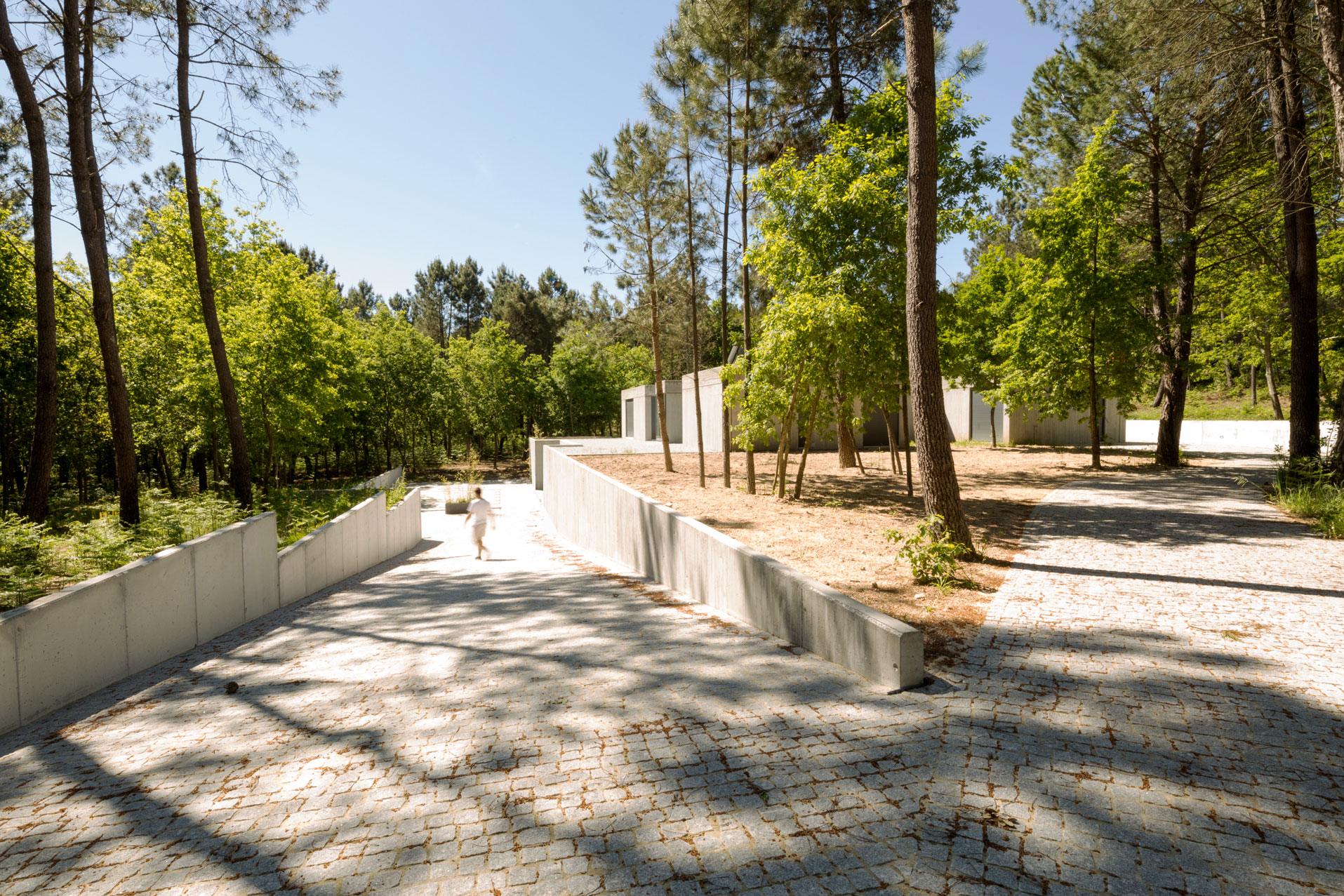 In a seemingly infinite territory and mostly occupied by pines and oaks, the implantation of the house marks a space and an intention. A space of pause, serenity and breathing, surrounded and protected by the green patch that filters the light and the eyesight, purifies the air and the soul and stimulates the corporal senses of who let himself be seduced by the elements of nature. An intention of materializing a perennial refuge that transforms and adapts itself to the site’s conditions and to the family that inhabits it.

The house does not begin in the physical limits of its walls, but rather at the outer limit of the green patch that surrounds it, assuming it as imaginary walls that make up a larger house, a habitat. This green patch, or better, this forest, is assumed as the intermediate and transition space between the outside (of what exists beyond itself) and the interior (housing).

The concrete volume construction sets up and gives shape to a boundary defined by employing courtyards that are outlined by the interior spaces of the house. It is the empty space trimmed and subtracted from the built volume. This design favours the organization and the hierarchy of the spaces inherent to the house, and also increases the contact perimeter with the forest, which promotes the creation of scenarios where the fusion of inhabitants and nature happens, where the visual, touching, hearing and olfactory experience is encouraged in a way to provide a sense of comfort and well-being to those who live there.