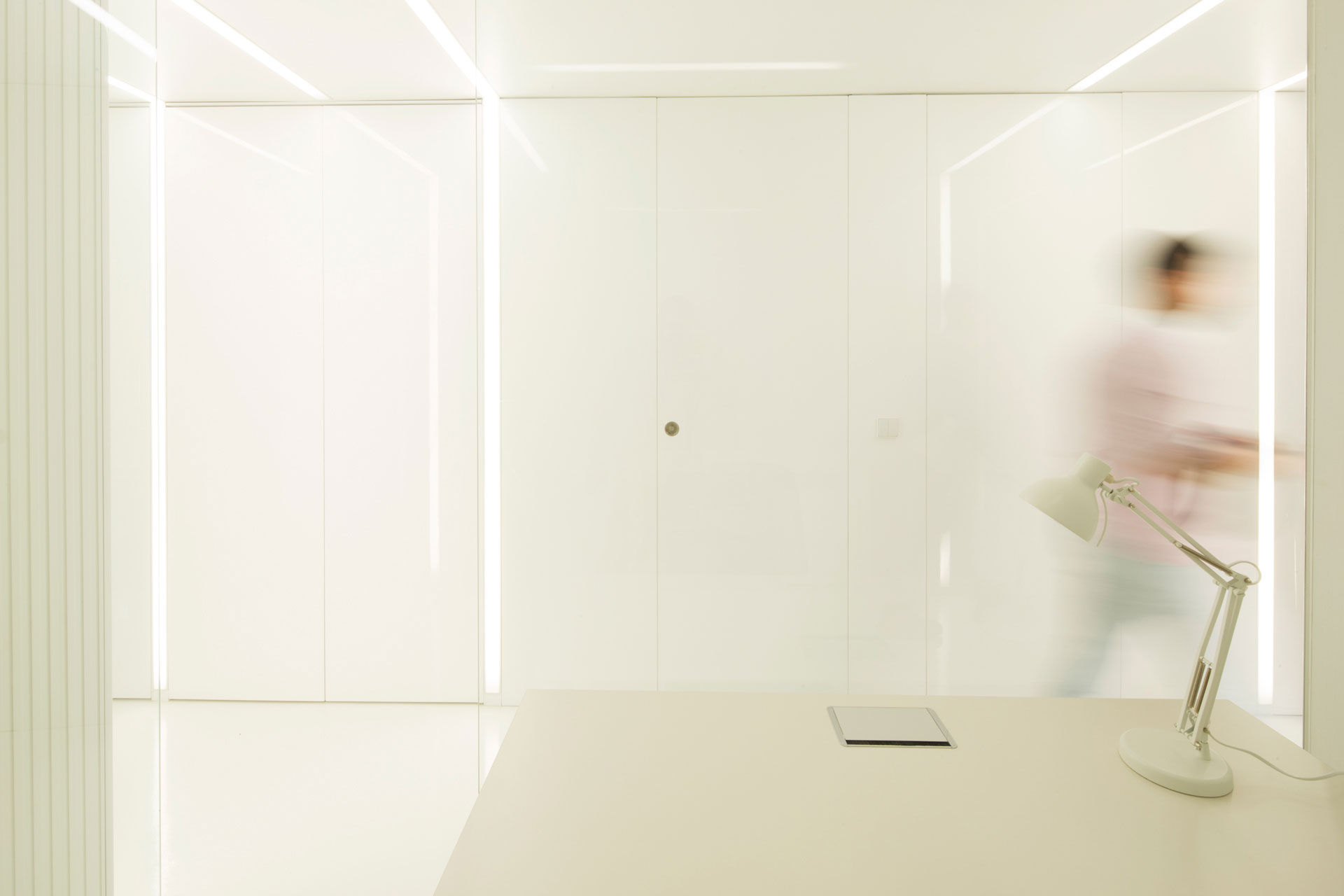 The office is materialized from the transformation of two independent commercial space in a single physically connected one. Apparently in an unnatural way, the resulting unified space is re-divided in three with distinct identities. Two different work spaces in opposite sides and a transition passage that regulates the hierarchical and functional relation between them.

In addition to the essential functional aspects of this type of intervention, the proposal identifies, interprets and integrates the pre-existing physical elements such as the large pillars that support the building; the massive platform in a higher level; and the scarce natural light due to the depth of the spaces.

Cabinets regularize the space integrating the pillars. The platform is assumed to be the most important place in the spatial hierarchy. Natural light is guided and extended through the interior using glazed elements and introducing formally manipulated volumes. Being much more than a necessity, artificial light is added to spaces enhancing their identities.

The white color adds contemporaneity and luminosity. The wood and brown color refinement and comfort. The yellow color an irreverent attitude.