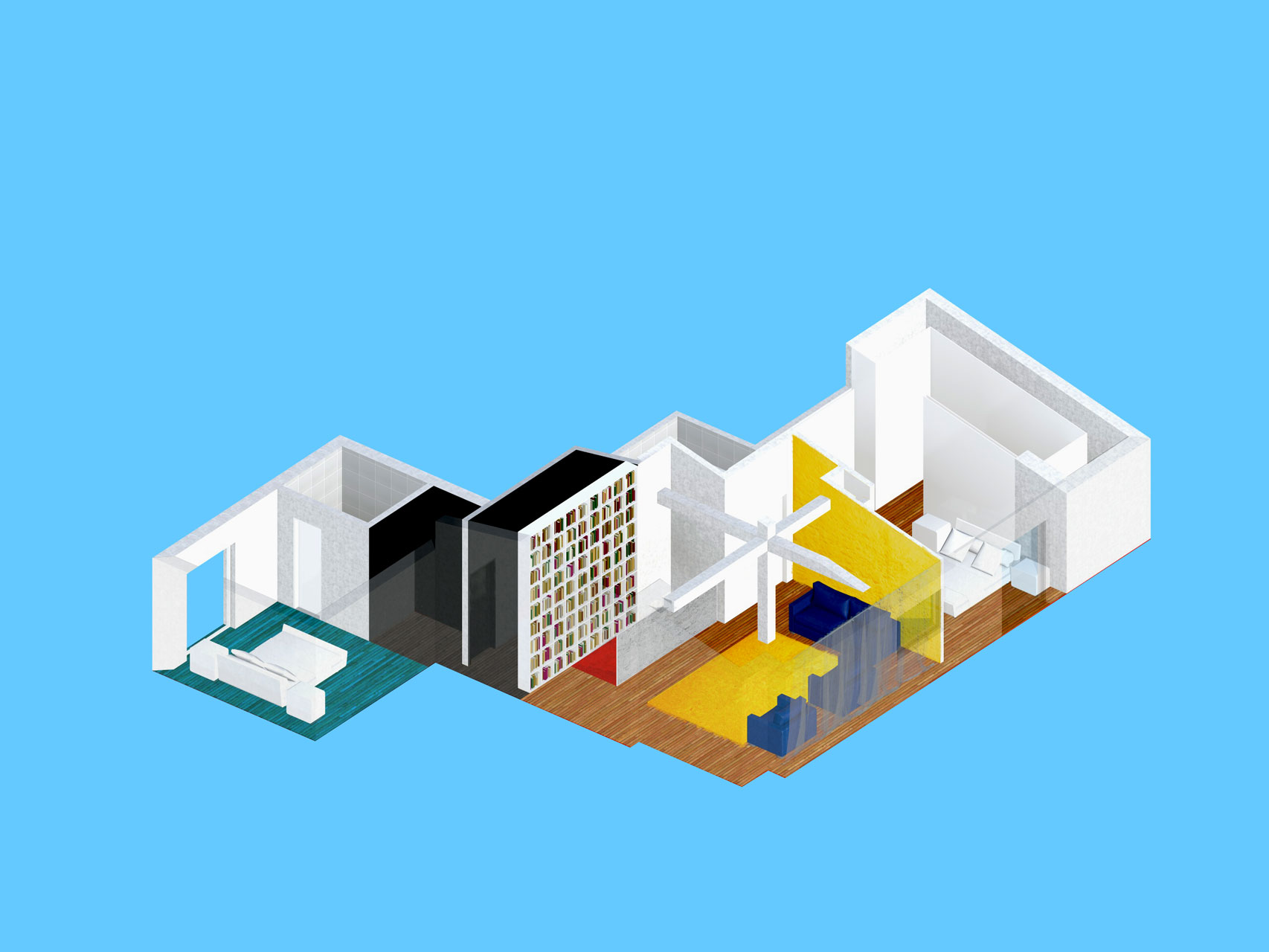 A young couple. A couple with the will of refurbish their apartment. An apartment as the space of intervention. An intervention that begins with the dialogue. A dialogue full of intentions. Intentions that are questioned trough an accurate look over the space. A space of exploration and hypothesis. Hypothesis that origins doubts. Doubts that culminate on the synthesis idea. A synthesis that define the interventions of the project. A project that maintains itself on the adjustment of the space relation. A space relation that is regulated by transition zones. Transition zones that refer to portals. Portals that contract, expand and transport. A transport that seduces and leads to travelling between spaces with different identities. Identities that are embodied on the experience of the apartment. An apartment that regenerates itself and the couple. A happy couple!