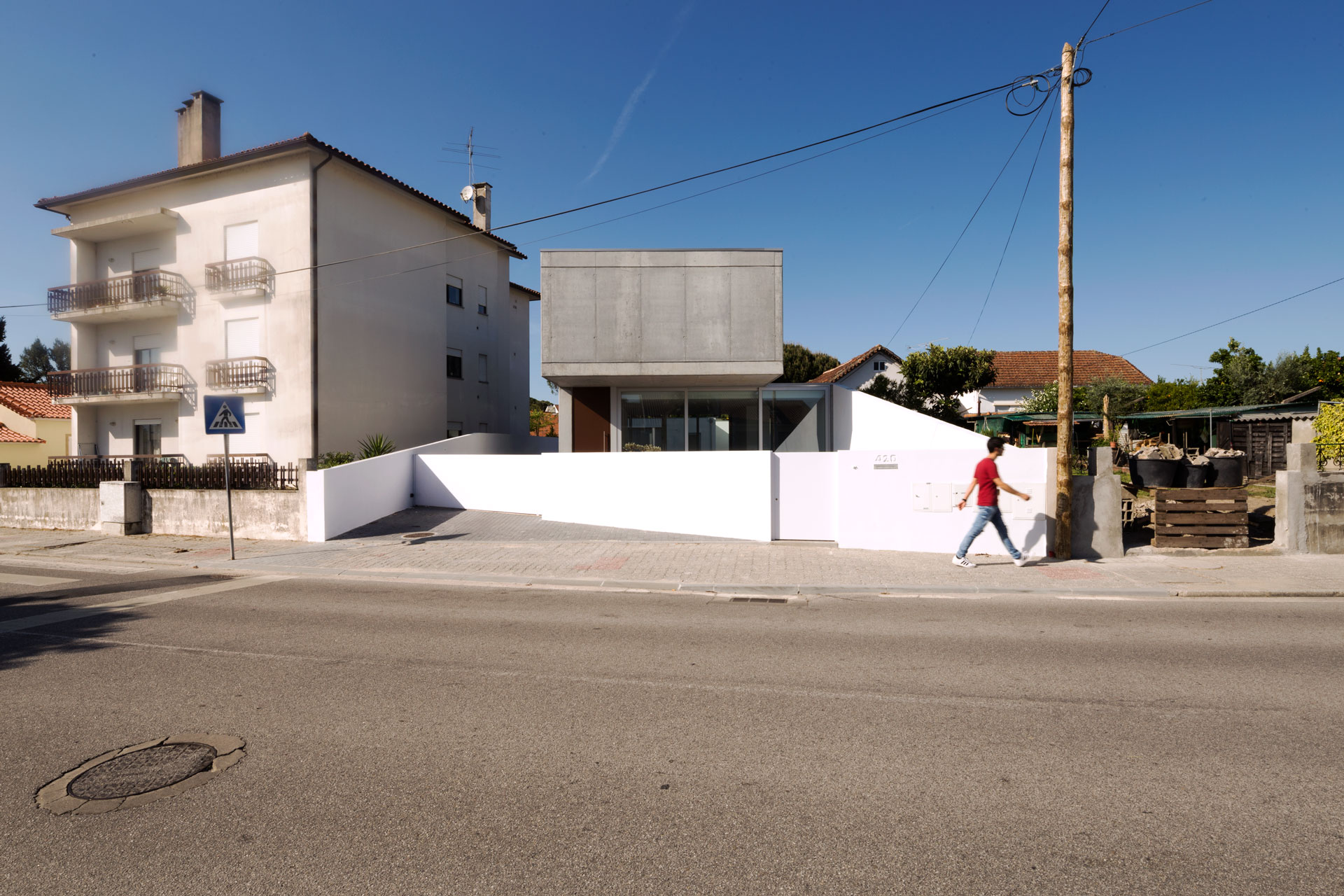 In this project, the context as a proto-element of the architectural process is especially relevant since it is very rich, becoming even complex in the relation between the several constraints that are inherent in it.

Although located in a consolidated urban environment, two distinct realities are distinguished in the adjacent sites. In one, a small massive block of flats emerges. In the other, a single-family dwelling with a garden typically cultivated as if it were located in a rural environment.

Thus, in a narrow terrain, with a rectangular configuration and a practically leveled topography, the house is drawn according to the context alignments, assuming itself as the point of transition between both realities; the house that builds a new relationship between the different typologies, constructive methods, languages and ways of living; the house that manages contrasts and materializes in itself the same contrasts.

On the ground floor, and taking into consideration the width of the plot, it is chosen to place the house at the plot limit, as if it were a wall, in order to gain empty space for the patio area. Glazed facades are created to the north and south to amplify the notion of space and allow a permeability between interior and exterior. On the contrary, to the west the dwelling seeks privacy, building a kind of barrier to protect it from the reality that lies there. In continuity with the surroundings and in order not to over-massify the house, we choose to create a completely separate annex that houses the garage and the technical areas.

On the upper floor, and in contrast to the lower level, the house focuses much more on itself. The constructed volume positions itself centrally in relation to the plot as if it were simply resting in equilibrium. The windows are carved from the volume, opening up as balconies to the more calm and serene adjacent reality. It prevails the notion of privacy and protection of the external reality, with the aim of establishing a home that favors both social interaction and the introspection of the individual.